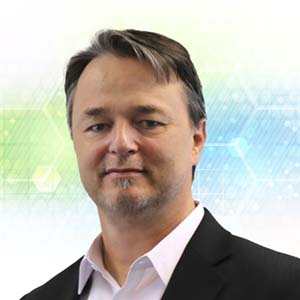 Dean Hoaglan is Technical Director and has responsibility for field operations, applications engineering and customer support at Proteum Energy. He is an electrical, testing and systems engineer with over 30 years of experience.

Dean has been with the company since 2011 leading the Test Engineering group and has been focused on Flare-to-Fuel technology since its inception in 2014. He led the development of the first control systems and the in-house and field-testing efforts for all our proof-of-concept prototypes and initial commercial units.

Prior to Proteum Energy, Dean worked 20 years at Honeywell on various technologies including test facilities and accelerometer prototypes for strategic and tactical guidance systems, weather and predictive wind shear radar systems for commercial aviation, and airborne and ground radio equipment for general aviation. He also troubleshot and repaired commercial flight control systems and in-flight entertainment systems at GEC Marconi Avionics, and ran the calibration laboratory at InControl, a biomedical startup.