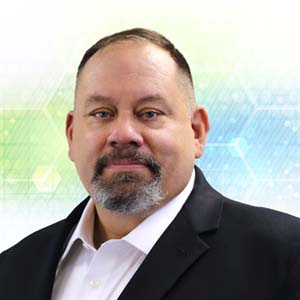 Scott Johnson is Director of Engineering. He has over thirty years’ experience in the electronics, aerospace, energy and semiconductor industry, including twenty-two with Motorola, Inc. He was previously Controls and Electronics Engineering Manager where he was active in the development of associated gas processing, CNG engine combustion controls, as well as carbon allotrope growth and application. He was Electrical Engineering manager at CEL, an aerospace instrumentation supplier where he developed and patented several fiber optic sensors using both fiber Bragg grating and interferometric techniques. He was a Principal Scientist the field emission display team at Motorola, both in the corporate research labs and in the Flat Panel Display Division, developing equipment and processes for carbon nanotube growth and characterization. Later in the program he was responsible for developing drive electronics for the nano-emissive display (NED) display prototypes.

Scott has twenty-two issued patents, with several pending. He has published numerous technical papers and has given several invited technical talks. Scott retired from the USAF reserve after 25 years of service, having worked his last four years as a researcher with the Air Force Research Lab’s Night Vision Center of Excellence, developing multi-mode night vision lighting for aircraft interiors and exteriors, as well as enhancements to night vision imagers.

Scott has bachelor’s degrees in both education and electrical engineering from Arizona State and South Dakota School of Mines & Technology respectively. He is a senior member of the IEEE, and a member of the SAE and AVS. He also routinely writes articles for several electronics publications.