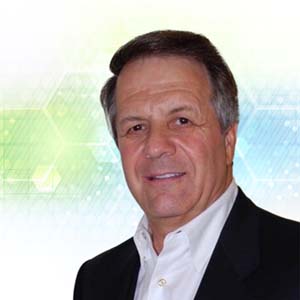 Thomas C. Niccoli, is a senior executive with over thirty years of leadership experience as a CEO and COO for both public and private companies. He was a founder/co-founder of six high tech startups and has facilitated taking two of those companies’ public. Mr. Niccoli left IBM’s General Systems Division after 6 years as a systems analyst and beginning in the early 80’s, built the largest Computerland franchise in the country taking it public in 1987. In the early 90’s Mr. Niccoli secured a USWeb franchise and worked with the franchisor to rollup Internet Service Providers (ISPs) around the country creating a $500MM public enterprise by 1998. Beginning in 2001 thru 2012, Mr. Niccoli co-founded and helped raise money for 3 additional high-tech companies two of which were in the Location Based Services (LBS) market space.

Currently, and over the past ten years, Mr. Niccoli has been focused on the AGI/ZHRO technology opportunities which were recently reorganized into Proteum Energy. Related to that, Mr. Niccoli is the founder & current manager of both Pure Power Financial, LLC and Pure Power Financial II, LLC formed in 2017 and manager of Pure Power Financial II, LLC, Series A, formed in 2019. All three entities acted as creditors providing multiple loans to the Debtor, AGI/ZHRO. Each of these loans were in default and as such, these lenders ended up with both secured and unsecured claims in the Ch. 11 Reorganization of AGI/ZHRO. Mr. Niccoli is also the founder & manager of Michigan Sustainable Power, LLC formed in 2014 and a member of Sustainable Power Solutions, LLC, each signed distributor agreements to distribute the ZHRO Solutions’ injector technology. Mr. Niccoli is also the founder & manager of Oklahoma Pure Power, LLC formed in 2015 which entered into a distributor agreement with ZHRO Power, LLC to distribute their on-site power generation technology. Since early 2019 Mr. Niccoli took a leading role in the reorganization effort of AGI/ZHRO and its transition into Proteum Energy, LLC currently acting as the Company’s Executive Chairman.

Mr. Niccoli has a Bachelor of Science Degree in Physics Engineering in 1972 from Regis University in Denver, CO and had completed all coursework towards a Master’s Degree in Industrial Engineering and Computer Science from Arizona State University in 1974 before accepting a Systems Analyst position with IBM in 1974.