Great to see BMW joining in! 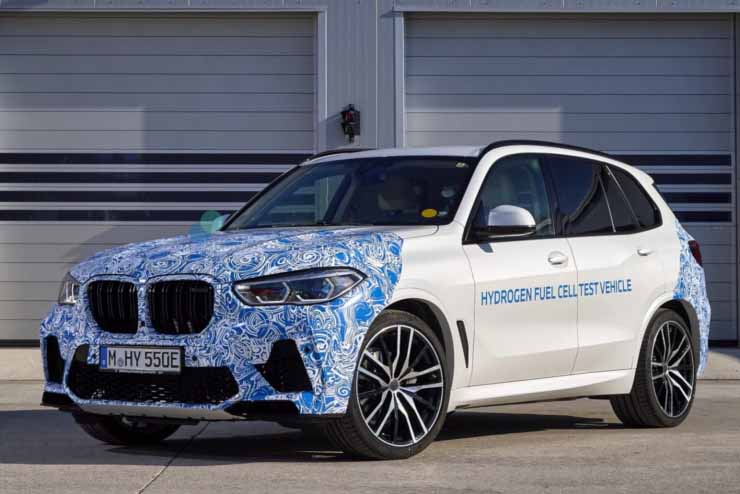 The 2019 Frankfurt Auto Show hosted the world premiere of a BMW X5 with hydrogen fuel cells. The official product name was BMW i Hydrogen Next, a prototype visually aligned with the BMW X5 G05 and adorned with some design elements from the BMW iX3.

At the time, BMW announced that a small volume production will arrive in 2022 awarded to selected customers by the BMW Group. Depending on the hydrogen conditions and the actual demand, BMW plans to offer a vehicle with a fuel cell for ordinary sale at the earliest in 2025.

Today, the Bavarian automaker publishes the first photos of a camouflaged prototype hitting the public roads for some testing trials. The prototypes are clearly marked with the words “Hydrogen Fuel Cell Test Vehicle” on the side.