From the Toyota Newsroom
Congratulations to Toyota and Kenworth! 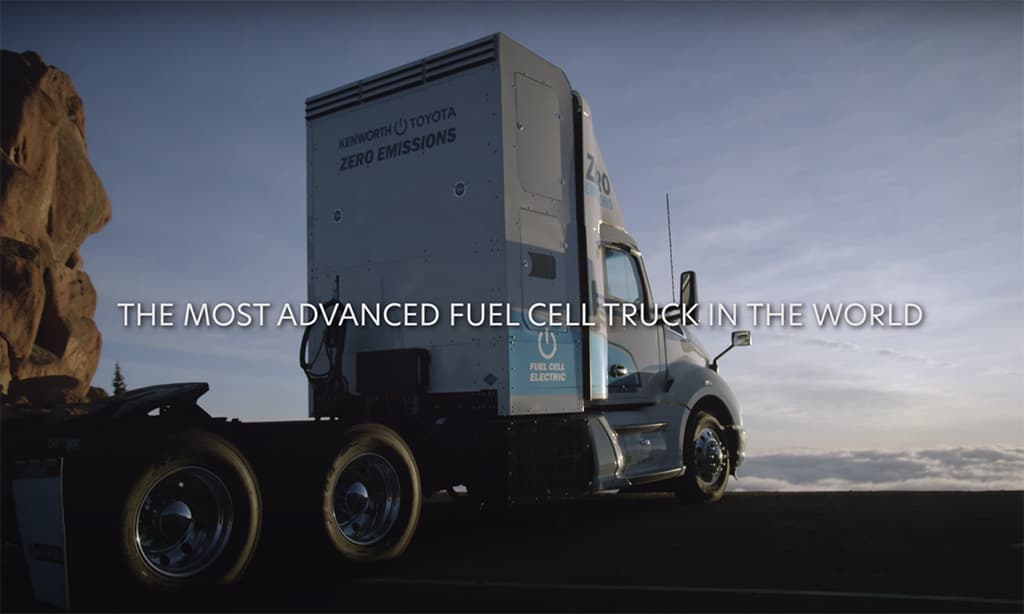 Making it to the summit of Pikes Peak in Colorado is a grind. With steep grades and over 150 turns, reaching the 14,115 foot summit is challenging for any vehicle, let alone a Class 8 truck. Add in the extra hurdle of making it to the top with zero emissions and it’s clear why this was a daunting effort.

Kenworth, the premier heavy-duty truck maker in the world, knew it would be tough, but it had help from Toyota to overcome the challenge. Although the history-making truck looks like a typical diesel-powered Kenworth T680, there’s an emissions-free, hydrogen fuel cell electric system from Toyota beneath the bodywork.

Credit for the unique drivetrain goes largely to a dedicated team at Toyota’s Research and Development facility in Gardena, CA. It was that team that ran with the idea of taking the fuel cell electric system used in the first Mirai sedan and adapting it for use in a heavy-duty Class 8 truck.

Since the first prototype started testing in 2017, the Gardena team has been refining the technology and improving the performance with each new prototype. Andy Lund, Chief Engineer, Toyota Motor North America Research and Development, summed up the performance of the latest truck after its historic run.